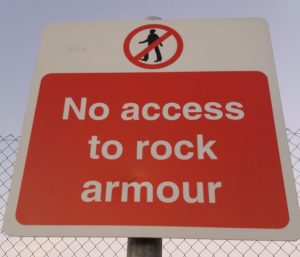 Do you ever wonder when reading history how people felt at critical times – the English Civil War, the tensions leading up to the Great War, or the local citizens watching Perry sail into Edo harbour? Foreshadowing? Doom? Gloom? Or were people caught up in the day-to-day. I’m a bit afraid that we’re currently finding out, but I hope that I’m wrong.

In the midst of the BrexitTrumpPopulistApocalypse that’s been happening, however, there’s been some good stuff. It’s actually been a pretty good year for me personally – assuming that the end of the world doesn’t ruin it.

My personal life & my relationship with my spouse is excellent and keeps getting better.

I managed to visit a big range of countries – the US, UK, Ireland, Franc,e Germany, Bangladesh, Jordan, Bulgaria, Macedonia, Thailand, and Spain. Seeing the outpouring of grief of the Thai people at the death of King Bhumibol was deeply affecting. Climbing to a 2,600 metre pass in Bulgaria was exhilarating. Most of those trips were for work.

I (with some sadness) left Bethnal Green Ventures mid-year and started a new job at Nesta which is challenging and exciting and actually pretty amazing.

I really should point out my minor publications this year- the alt.Sherlock anthology came out with my short story “Half There/All There” and the follow up novella The Power of Media, but there were other books that I should really point out, that I haven’t managed to blog with all the life upheaval since leaving BGV

A few books that you should really be reading include:

Ninefox Gambit by Yoon Ha Lee, which is by far one of the most original, amazing things that I’ve read. It looks at perception, the nature of reality, politics, and is a damned fine story full of explodey space explosions to boot.

Don’t let goodreads lie to you – Rupert Wong, Cannibal Chef by Cassandra Khaw is not urban fantasy. It’s dark and weird and backwards and full of blood and a poor detective chef who keeps dying but isn’t allowed to and it’s great fun.

I re-read The Grace of Kings which I loved and followed up with The Wall of Storms by Ken Liu. The second book is just as stylised as the first, full of soaring prose and big ideas, and is such a joy to read – you could almost call it the perfect antidote to the tyre fire of 2016. Personal sacrifice based on honour, ideals, and the good of the many versus the good of the few.

The other top read this year was The Obelisk Gate, follow-up to The Fifth Season by N.K. Jemisin. I’m pretty over epic style fantasy but Jemisin’s world-building and “you don’t get to vote on who gets to be people” continually breaks me.

Certain Dark Things by Silvia Moreno-Garcia managed to make vampires interesting again. I wouldn’t trust them with anyone else.

I haven’t (quite) finished The Night Of but it’s pretty amazing – not only due to the casting of Riz Ahmed and Michael K Williams. Ditto Black Mirror. Game of Thrones seems to be doing better now that it’s unfettered by the confusion going on in the books. Other than that… television hasn’t done that much for me. I enjoyed Stranger Things and the current series of Mr. Robot and Orphan Black but none of them really blew me away. I mostly loved Luke Cage but was a little frustrated that I felt like Luke Cage was more Luke Cage in Jessica Jones and Daredevil than in his own series.

Film-wise was much the same – Arrival and Rogue One did what they were supposed to do. I was a little frustrated with the over-hollywoodisation of the romance in Arrival but enjoyed it immensely, but mostly watch films on aeroplanes which is fine for the Marvel and Star Trek universes, sadly.

So that’s the year that was. Marked. Maybe the 100 word reviews will kick off again.